Late November 1900 found Charles Logie wishing that the weather would calm down. His letter to his daughter Beatrice (Miss B) started with the question of whether she had visited her sister Georgina during her last visit to town.

Since Beatrice and their lodger, Frances Gailbraith, were both school teachers, almost every letter to Beatrice contained some reference or comments about that profession or those involved in school in some way. Apparently, Tom Miller, one of the residents in town had died at the age of 54. He was born in Garden Grove, Iowa on 8 Oct 1846 and had died on Nov 19th in American Fork, Utah.

Charles always had a nickname for the students in town. In this case, he called them ‘the Scholars’ who apparently participated in providing 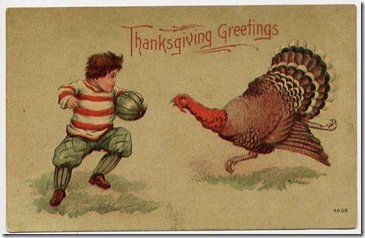 flowers for the funeral of Jim Somerville. Jim was one of Miss Gailbraith’s students and had been in an accident during the week before. Much to her distress, he had died on Saturday.

With Thanksgiving coming, Charles noted that one of their chickens would have to be ‘murdered’ for that occasion. His son-in-law, Robert Bennett had come down from Alpine to pick up his daughter Ada and Charles was sorry to see her go home.

Sister Evans dropped by to visit and in his typical dry humor fashion, he described her endless chatter about events in town. A church leader had died and Charles supposed that someone he always called ‘white liver’ would like to be appointed to the position. It becomes apparent through his letters, that he didn’t care much for this particular individual, which was a rare sentiment in his letters.

As always, the well educated Charles slipped misspellings into his letter to tease his daughter and closed by calling her by one of his pet nicknames for her, “Bro. Watkins”.

Mother has been washing today She is going to Start making mince meat now. Tom Miller was buried yesterday. The School marm had a hard time this week one of her Students met with an axident. He died last Saturday. His name was Jim Somerville & the Scholars all had to have white ribon rosets & all the flowers they could get.

Well I really don't know what to write about Bob Bennett came down yesterday & took Ada back with him so we are kind of Short of a first rate cook.

I expect we will see you as large as life by Thanksgiving we have got a few old hens left & we will try & murder one for that accation. How do you get along about Snow? Do you have to wade Knee deep there .. is verry little Snow down in town but I believe there is lots of snow up in the mountains the weather is verry unpleasant. now I am going to quit for this time for want of something to say.

I Suppose you can see the papers. Sister Evans has just left & I defy any human being to write a letter while her conversational powess are in good going order. There is the Choir & the Cat fits & Bro Grant & the Organ & then the Democratic womans Club & when that is got through with the bishop & his council has to take a Whack. I suppose you Know that President Partridge was buried last Monday. Some of our folks think White Liver would like to be appointed in his place.