Empty Their Necessarys Out of the Front Window - 25 Oct 1900

Charles Logie starts his letter of 25 Oct 1900 saying that the Logie home had received a letter from their daughter Beatrice from Bingham Canyon, Utah. Her mother passed on the message to not to try to find a place to board that was too expensive but to rather find a family to lodge with less expensively.

Apparently, her sister Georgiana had a similar living situation in Salt Lake City. 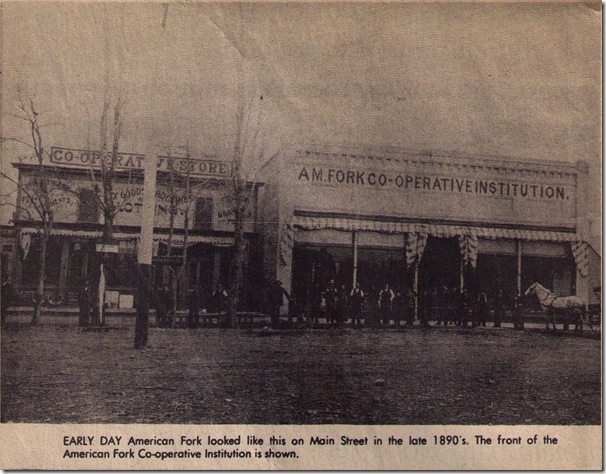 Fine coats cost between $7.50 and $12.00 at the American Fork Cooperative Mercantile in any color with satin lining.

The children in grade school had received talks from their teachers regarding having better morals (a dramatically lighter subject matter than the “morals” of our day).

Dating wasn’t going well for most of the young ladies in the area or “Hopefulls” in Charles parlance. The two unmarried teachers living in town apparently didn’t encourage young men to visit in Charles opinion. With his typical almost slanderous humor, he noted that they empty their ‘necessarys’ out of the front window when the young men come around. The translation for those who aren’t used to Charles humor is that they supposedly dump their chamber pots out the window onto their young men visitors.

I sit and try to envision Charles sitting in a heavily debated political arena such as a city council meeting as he repeatedly comments on the lack of intelligence and nebulous thinking of the elected officials using his “Logieisms”. They would have charged admission for the entertainment provided if the meetings were held on stage on Broadway. I wonder how long it would take folks to realize they had be decapitated by a wicked Scots / English / Ozzie comment from his wit-laden tongue.

Knowing perfectly well that there was only one school in Bingham Canyon, Charles used a reverse logic comment to remind Beatrice of that fact as she must have complained about some problems at school.

Charles begins his letter with a humorous slander on the name of his old town and with a fatherly chuck under the chin of his obviously stressed school teaching daughter…. the “Poor Old Soldier”….

We the undersigned did receive a letter from Bingham teling about lots of things & of corse I have got to send an answer back. Mother says for you not to bother your self about the boarding expences She thinks that you might find some family living over there that you are aquainted with from this place Charlie Roberts has a hotel some where in Bingham he married Lizie Shelley & proberly there are other familrs where you could stay on reasonable terms. But don't attempt to go any where by your self. That is you should be in the house of some respectable Family. You might get a furnished room Some thing like you had where Georgenia lives. You did not say weather you received your valice. We would like to know. Mother went to look at the fancy coats this morning they run from 7 1/2 to twelve dollars any colour you want & the latest style lined with Satin the best quality & mother thinks If you are coming home on Thanks Giving you had better wait & choose your own coat. Peggy Transtrom hs to give a lecture to the Girls of the School this afternoon to try & teach them better morals & Bro Forbes takes the Boys & gives them a doce of the same medecien. There has been some thing radiculary wrong going on among the hopefulls. Peggy says she is going to write to you so I expect she will send you the news. There are two of the teachers boarding at Grants their name is Sumtion from Springville & Mrs Evans says that they empty their necessarys out of the front windows on to those who happen to pass that way. There is not much news here every thing is given up to poltitico the Repubs do fear & tremble. We ar Glad to hear that you are getting along well with your School don't get out of temper if every thing don't go exactly strait & all will be well. How many schools are there where you live. Will now close hopeing this will find you well as it leaves us with the exception that Mother has got a cold. We send your Kind love to you

I am my Afect Father