At least three generations of the Drew family in Plymouth, Massachusetts were sailmakers.

The first known in the lineage was David Drew, who was born in 1752 in Plymouth, the son of Nicholas and Bathsheba Kempton Drew.  Nicholas was probably a sailmaker too but conclusive evidence has not been found to support it yet.

David established his business in Plymouth serving the ships in that area.  As whaling and trade expanded from New England throughout the Atlantic, so did his work.  New sails were needed for the ever expanding fleets and repairs were in constant demand.  Ship owners maintained their ships then as we do our expensive commercial vehicles today.  They weren’t making money in port or without efficient operation.  Sails were the engines of the craft and the stress and wear on them was enormous.

The sailmaking craft stayed in the family.  David brought his sons David and Atwood in to the business as young men.  David Jr., eventually took over the business while his younger brother, Atwood became a ship captain, sailing the oceans of the world.

David established his ownership of the business when his father died at the young age of 55.  Business was good in the sail loft producing enough revenue for the Drews to build a large home a short distance away at 51 Pleasant Street.   The home remained in the Drew family for four generations until the 1920’s. 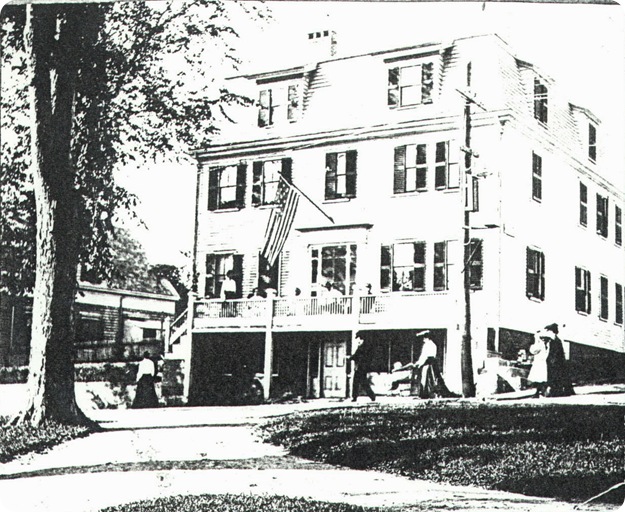 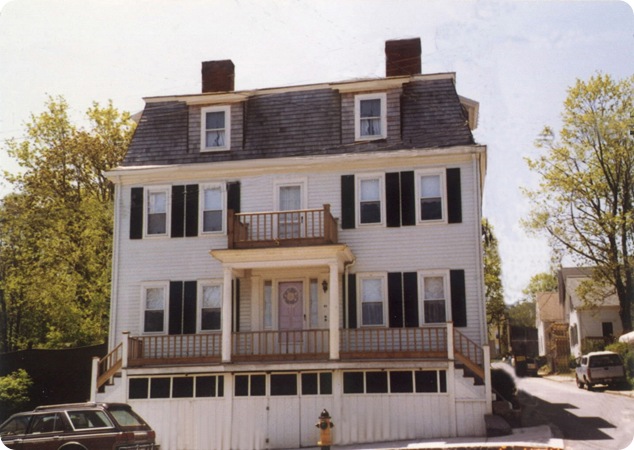 The walk to work wasn’t too long.  A stroll up Pleasant Street that turned into Market Street.  A right turn on Church Street after glancing to the left at First Church and Burial Hill and then a leisurely walk east as Church Street turned into Leyden after crossing Main Street.  The walk ending at the third door on the left on the north side of the road at the Drew Sail Loft. 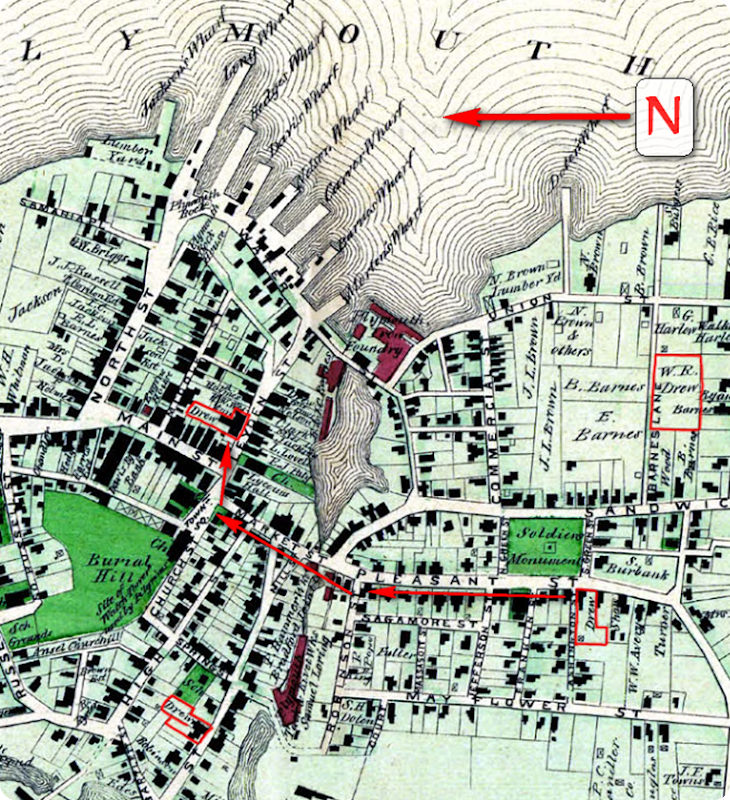 David Jr’s son, David III, took over the business in 1825 when his father became ill and died.  He kept the business thriving for years until the sailing fleets began to dwindle because of the downturn in whaling and the replacement of wind powered craft with fossil fuel power.

There was still enough revenue to support his family but not to entice his sons to enter the business.  All of his sons left Plymouth in their early manhood to establish lives in other locales and occupations.   David Lewis, moved across the county to Calaveras County, California during the gold rush.  Harrison was a sailor who moved to Florida for a time and while there helped salvage a wrecked lumber ship.  He married there and moved back to Plymouth to work and support his family.  Austin worked in textiles and leather and traveled south to New York and other surrounding states before passing away.

The sail loft was sold when David was in his advanced age.  The work must have agreed with his constitution, because he lived to the ripe old age of 94.

The era of the Drew Sail Loft passed into history.  It supported generations of the family and while the work was extremely taxing physically, it was also rewarding, both from a monetary standpoint and from the knowledge that your work was traveling the world as the the power source on the grand sailing ships of Plymouth.

Worn, calloused knobbly knuckles and knees from sailmaking left the visage of the men of the family when the loft was sold.  David’s descendants have explored numerous fields of endeavor.  Most have continued in fields of expertise that has brought power to the vehicles and equipment of their era.