Late October found Charles Logie worried about the warmth and welfare of his daughter, Beatrice in Bingham Canyon, Utah. She had found lodging but in that mining town, the homes weren’t necessarily built with thick walls nor anything other than a wood stove in the kitchen and a fireplace.

Charles and Elizabeth Bennett Drew had stopped by to visit during the week but both had aches and pains.

Again we read of Charles’ descriptive nicknames for other folks. “Old Peggy Hautem” (haughty) was his target this week. She apparently treated her cat much as a child and washed its paws at night. Charles wondered if it would soon be wearing night gowns too.

He complained in a P.S. that Beatrice hadn’t included her new address, hence the letter was addressed to her but not at Mrs. Davis residence in Bingham.

To the Lady Beatrice

Your letter received this morning glad to hear from you & all that Mother says about your going to House Keeping. She thinks it is a good 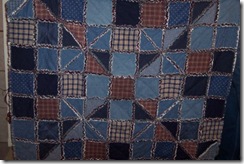 idea are you close to any neighbors where you live. Mother thinks it would be a good place for you to visit among the parients of your school if you have a little spare time & she will try & send you some fruit this week if she can find someone going out your way about those visitors that you mentioned Mother says she don't know how you are going to entertain more than one friend at a time. but we will be pleased to welcome you at any time & as many friends as the Mantion will accomodate. I am happy to say that Mothers cold is better. we have got a teacher here a Miss Smith. She taught in Bingham last year & she had to go to house Keeping. We got a letter from Nellie they are all well never heared that his mother was going to be married so he had to go to town to see to matters & things. Mother wants to know if you will have enough bed clothes to keep you warm. Don't think of any think else it is pretty cold to day been snowing in the hills last night. Charlie had rheumatics & Liz has the head ache & Lot was running the street all day yesterday & part of the night came here about nine Oclock to borrtow a humberella but dident get it you bet. Old Peggey Hautem is more fussey than ever over that cussed cat she washes its feet nights & I expect she will put night gowns on the thing shortly. She says that she will write to you. I have told you everything that know so will have to quit dayace attend meeting or is your abode too far off. Write again & let us Know how you are geting along we send our Kind love to you &

Remane the Old folks at home

Below is a video showing the stuffing of a feather quilt. It used to be more difficult to do when you had to pull the feathers from birds you raised, clean and collect them and then stuff homemade rag quilts and pillows in days gone by.