November 1856 started with excitement of the Presidential Election.  A life-long Republican by heart, David Lewis Drew voted for the Republican candidate, John C. Fremont, whose home state was California.  The election was won by Demoncrat James Buchanan.

The month was spent gathering supplies and finding a buyer for his claim.  By the end of the month, an old acquaintance, Web Atwood, from Plymouth County, Massachusetts had purchased the claim and David was free to find other sources of income.  His investments in the New York and Know Nothing Tunnels weren’t performing either but he was able to scratch out a living panning and doing other work for the next few years.

SATURDAY 1, -- Went up to Springfield to attend A barbacue given by the American party.

MONDAY 3, -- Went up to the Republican meeting this eavning. 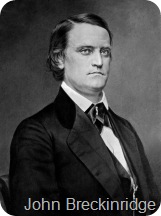 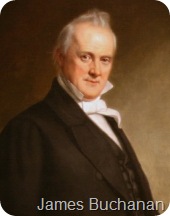 WEDNESDAY 5, -- White arrived back from the states.

FRIDAY 7, -- Went up to Columbia to help White get down his trunk.

SATURDAY 8, -- Jobing around the house.

TUESDAY 11, -- Saw Web Atwood and he came down on the river with us.

WEDNESDAY 12, -- Mr. White and myself went A hunting, and got A trout.

SUNDAY 23, -- Came down from the flat.  Have been on the flat all week.
Drew doesn't tell us what he was doing up on the Flat. He probably worked up a deal with Web Atwood for his share of the river claim, as well as looked around for a better claim to buy into.

FRIDAY 28, -- Sold out to Web Atwood for $600.  Three hundred down and the rest out of the claime.  Came up on Shaws Flat this afternoon.