Charles Logie enjoyed early May 1901. Their garden was growing well, the fruit trees had or were full of blossoms and it looked like a big crop would arrive in the fall. 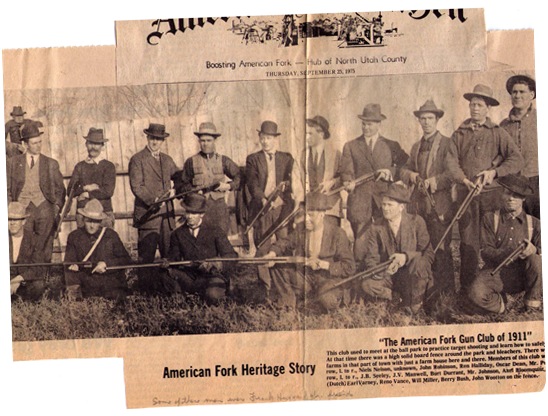 A rowdy drunk had caused problems in American Fork and as usual, Charles had a Logieism to describe his ilk … a “Saloon Smasher”. Rather than put his name in writing, Charles wrote his daughter Beatrice that he would reveal that ‘Grand Secret’ when they next met face to face.

Frances Gailbraith, the Logie’s school teacher boarder, was still having problems securing train tickets to visit folks back home in Pennsylvania. She was pulling all the strings with local bigwigs hoping to get a good price. In Charles letter from a week earlier, he mentioned that she may have to travel to Denver to get tickets at a good price.

I don’t know who Frank ‘Kirdunk’ was but it was obvious that he was not a favorite of Charles. Apparently he dressed like a dandy and was not prone to doing physical labor. Both of these traits would have put him on the bad side of Charles.

Well here we are again. I have nothing to write about but you said write soon so I have quit running the mowing machine in order to obey your command.

Your mother is engaged makeing Mormon Soap & it produces a beautiful effluvia in some parts of the Mansion but you know that is just as I like ‘em. Mother says that rain was all right every thing looks first rate. Grass cavers the Earth & the Trees are full of blossom, so now my old gal get your teeth of an edge for we expect to have apples & peaches for nothing at all. Some of the things in the Garden are beginning to rise old napper. 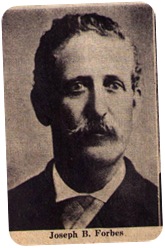 either for that matter & I am afraid of mising the Post Office. We have got a Saloon Smasher in town. Will tell you the grand secret when you come home. You are well acquainted with the parties but we think it would not be very nice to put down names in black & white.

Poor Old Galbraith is still uncertain about her trip to the East. She had been consulting Bro Forbes about Cheap rates & he told her he though Chipman or perhaps the Governor might be able to do something for he by way of Speaking to the Rail way Manager in Salt Lake City (he Forbes) said he was a little acquainted with the Governor & he would ask him about it.

The honorable Frank Kirdunk soon got tired of your country work. Skeered him out of there in less than fifteen hours. He is back here walking about like Solomon in all his glory.

Well perhaps I have said enough for this time so I will close hoping this will find you quite well. Shall be Glad to see you.

We send Kind love to you & remain