Early May 1901 in American Fork, Utah had not produced crops in the garden yet. In his letter to his daughter, Beatrice, Charles Logie noted that “The Splendid rain … had decended upon the Just and unjust” during the night. A typical early May morning in Utah had arrived with a light frost but the crops hadn’t been harmed.

Charles noted that he and Rosa were feeling ok and were “still on top of the food stool”. 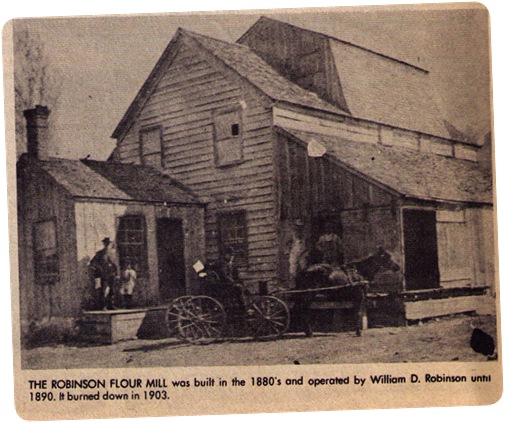 Frances Gailbraith, the school teacher boarder at the Logie’s, never ceased to provide entertainment to Charles. The poor dear was wearing herself out trying to teach her students ‘better’ than any other teacher in the city. She planned a trip back home to Pennsylvania but apparently there weren’t any cheap train tickets available from Utah. The agent at the train station told her that she’d have to go to Denver to obtain them.

This letter was typical of all of his letters because it was full of ‘’Logieism’s”. “Rain upon the Just and unjust”. Travel to the east was described as going “to the States”. The High Priests church meeting was called the “Tall Priests”.

The ladies in town had worn red or pink ‘waists’ to church the day before for some reason. Celebrating spring? Charles warned Beatrice to not continue in the trend with a warning from her mother. That display was probably something to see if it had so riled the ever pleasant Rosa Logie to ‘cuss’ albeit with a modified curse lest the name of God be taken in vain.

Charles noted that writing letters to his ‘rich relations’ (his brother Herbert in Auckland, New Zealand) cost a lot of money which was in very short supply in the Logie home. Unfortunately, some of their far flung family weren’t returning the favor, much to the consternation of Charles and Rosa.

He closed the letter with a postscript from “The Dame” (Rosa) noting that she would send jars of jelly to Beatrice at her new home in Salt Lake except she didn’t know how to get them there without being broken.

On a personal note, I love reading Charles letters. I usually laugh out loud at his phrasing and humor and treasure these snippets of insight into his life and personality.

This letter continues with a few spelling errors that were introduced less in the vein of humor and more from poor health and haste.

To whome it may concern

I take pleasure in writing you a few lines to let you know that we are still on top of the food stool & feeling all OK. After the splendid rain which decended upon the Just & the unjust we had a light frost last night but I do not think it did any harm to the fruits. Our garden has not arrisen from the ground yet but we are expecting to see the fruits of our labor before many weeks.

Our poor Galbraith is not feeling verry well was hardily able to go to school this morning. She is wearing herself out trying to do something that none of the other teachers are doing & she makes herself lots of trouble by being so verry particular trying to make her pupils so far ahead of the rest of the school & then she can’t find out weather she will be able to make that trip to the East. There don't seem to be any cheap rates from here & the Agent told her the other day that she would have to go to Denver & get her tickets there to go to the States. So She don't know how things will turn out yet but this is a troublesome world any way & it is hard to get through.

We are verry Glad to hear that you are geting along so well at your school & all so that you like your surroundings @ the Sweeds in particular.

I am rather pushed for time as I have to go to tall priests meeting at two p.m. so I will have to hurrey up the cakes. Mother says for the Lords sake don't get a red or pink Waist for our streets were lined with them yesterday when the Sunday School let out yesterday.

I wrote a letter to your Auntie Georgenia last week & sent our picture & a newpaper. I still have to write to Herbert it seems quite a lot to write to all my rich relations

I owe our Joe a letter now & I ought to write to Walter he has not writen since he left Home & we don't Know what he is doing nor where he is. Last we heard he had gone over to Sunshine.

Well I will have to wish you good afternoon hopeing this will find you quite well as this leaves us. We Send our kind love take good care of your self & Write again

I am your Affect Father

The dame says she would like to send you some jelley up if She Knew how to send it safe.