The first day of March 1901 found Charles Logie in a slightly bad mood.  The weather had turned warm that day to his surprise.

His wife, Rosa, was in the kitchen talking to Mrs. Evans, who was a little disgruntled at not being chosen as the Sunday School Secretary.  Charles colorful descriptors were invoked yet again throughout this letter.  Mrs. Evans didn’t like “having a squirls of a boy put over her.”  He goes on to use his favorite nickname for a certain church leader … “Whiteliver”, relating that “I am not ready to bow down to the likes of him yea.” 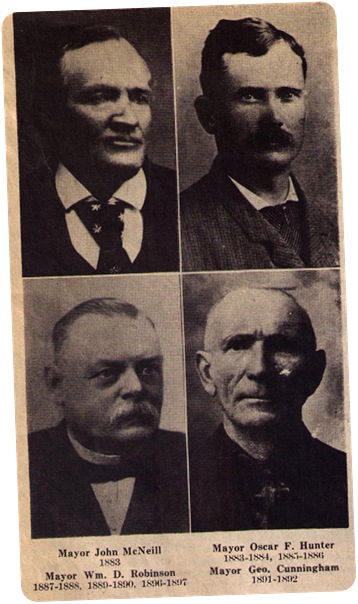 An “Ovid” (Lyman W. Ovard) boy accidently shot himself a few days earlier and would be buried the next day.  He was the ninth of eleven children in the family of Joseph and Rheuamah Hess Ovard.

The Logie’s grandson, Silas Bennett from Alpine visited them relaying the message that his mother continued to be ill.  Her malady would continue on and off throughout the remainder of her life.

The Logie’s boarder, Miss Gailbraith, continued to complain about the lack of funding for schools with too few teachers and too few school rooms as a result -- A complaint that continues to this day.

I take another oppertunity of Sending you another report of currant events.  It is a fine to day & I am able to appear without my coat & I think that Spring has taken us unawares.  I don't know what to tell you this time.

Mrs. Evans is giving the Dame the groans & the wounder in the back kitchen.  It seems that the new Stake has been putting new officers in the Sunday School & among other changes they have put that Gardner boy that clerks in the Co-op for Secretary & kept her in the same place as Sis Tenty & of course she don't like having a squirls of a boy put over her after all the years She has served in Sunday School.

We are having curious times in our town since Whiteliver has come in to power.  The catfish Seems to be loosing favor lately he was put in for one of the high council & he is out of the Sunday School now & I believe he will be releaced from the chair soon.  Whiteliver had the poor old fellow rakeing rocks out in the street yesterday.  I began to think that I am pretty luckey that I don't hold any of their offices because what I have never received they cannot take from me.  Whiteliver never notices me I am not ready to bow down to the likes of him yea.

One of the Ovid boys accidently shot his self last Wednesday.  He is to be buried tomorrow some time.

About the conference trip, mother says could not you come home on Friday evening & then go to town the next day & return to Bingham on Monday.  You would only loose an hour or two.  Silas Bennett was down today & said that his farther & mother were both sick with de la Grip.  I believe Rosa is in bed still.  They did not seam to be able to make a wis with the Small Pot.

It is all off up there since the McMillin bill passed.  Well there is nothing extra.

Sir Charles & Lady took supper with us last night.  Miss G. is lamenting because there are so many children & so few teachers & school rooms.  Says trustees are all dough heads because they don't build more School rooms.

Did you get the paper I sent you?  We would like to see you if you can come at conference time.