Life in American Fork, Utah had calmed down a bit by the 4th of February 1901.  The vaccination war was nearing a conclusion in fact if not in opinion.

Students and teachers were forced to get the vaccinations and although the populace in general strongly disagreed, the deed was done.  Rumblings would continue for many months, but street corner meetings and other community meetings on the subject were over. 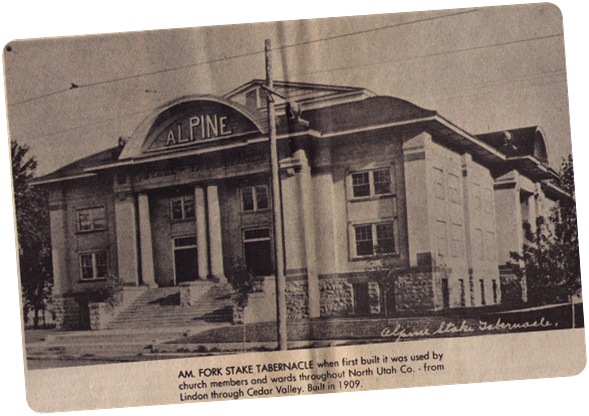 Charles Logie wrote to his daughter Beatrice that he and his wife, Rosa, didn’t worry about the fashions of the day in reference to the social clubs that were popular at the time.  He had no use for them wasting people’s time and requiring club dues to be a member.

As always, the Logie’s worried about Beatrice having to tramp through snow back and forth to her classroom and in her other activities in life.  We have to remember that in that day, the roads in Bingham Canyon as well as most small towns in the west did not have paved roads or sidewalks.

Due to the growth in populations, the LDS Church divided the Utah Stake in Utah Valley on Sunday, the 13th of January 1901.  Three stakes were created from the original stake that was headquartered in Provo, Utah.   The new Alpine Stake consisted of the LDS wards in the northern end of the valley and would be headquartered in American Fork.  Stephen L. Chipman was called as the stake president.  He would continue in that church calling for more than two decades.

Charles humor was back in force when he referred to Washington’s Birthday as ‘burtington wash day’.  He and Rosa had hoped that Beatrice would be able to visit them for the holiday.  The family resources were meager but they had sent her a small birthday gift hoping she would “take the will for the deed”.

His handwriting was starting to deteriorate now.  He was seventy-one and health issues were beginning to take a great toll on his physical body, but his sense of humor hadn’t dimmed nor had his love for his family.

We enter this letter with Beatrice’s birthday the next day as the center of his attention.

I take pleasure in answering your letter which came safe to hand yesterday.  You seem to be getting along very nicely in your school we are glad to hear that you are doing so well with the Parents of your pupils.  It is allways encouraging to know that your labors are appreciated.

Now don't you think that we are getting to be a couple of craby ol folks because we don't allways coinside with all the fashions of the day. All these clubs and secret order are verry well for some people but in the first place there is quiet an expence by way of dues and other things to be attended to that would ocupy your time which would not be of any benefit to you & Mother 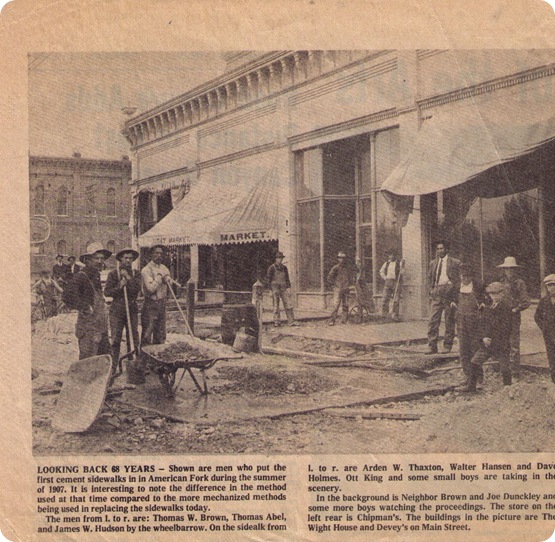 thinks you had better wait a little longer for the good time coming don't you know.

Well Miss Galbraith is verry pleased about the way you managed about that vaccination buisness.  She says that you acted the perfect Lady.  She is quite disgusted with Corey Bromley because she would not be vaccinated & when the trustees refered to let her teach, she demanded her pay just the same while poor Miss Galbraith was teaching her school.  Cora went back when the school was opened to all healthy persons.  They had a pay day last Friday & the trustees stopped 10 dollars off Cora & gave it to our Galbraith.

There is a number of changes being made here since the stake has been devided.  (There’s) been quite a number of new officers made & things turned round generaly.  We are sorry that you cannot pay us that visit on burthington wash day but of cause you have to attend to your school affairs.  Mother says how is Mr Joke Hopkins?  You did not say weather you went to that big dance last Friday.

Now when next you write be sure to answer all these questions & any thiing else that she may of forgoten We have not forgot that tomorrow will be your birthday & we wish you many returnes of the day and pray that the good Lord will continue to bless you with every blessing & that you may live to a good old age is the wish of the Old folks at Home.  Mother sends you a small present & would have liked to send a more valueble one but we know that you will take the will for the deed.

Walter sends his love to you.  He is still staying with us the poor fellow, injoys his Mothers cooking, says he can't get any thing fit to eat out to Mercur & we are glad to have him stay with us while it is such cold weather.  We have had quite a Snow storm yesterday & today.  I expect I have said about enough for this time.  Charlie has just called in he says to tell you that none of his folks have been vaccinated yet.

Now I realy will quit for this time.  It is nearly dinner time & there is a meeting for the high Priests at 2 O’Clock.

I am happy to say that we are all well at home & trust that this will find you the same.

We send our kind love to you & remain your Affect Father