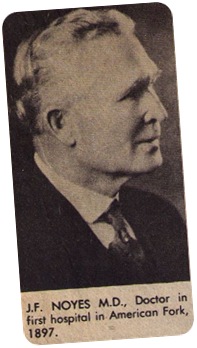 In Charles Logie’s letter to his daughter, Beatrice in mid-January 1901, he reported that the ‘cursed doctor’ was forcing school teachers in American Fork to be vaccinated for diphtheria and smallpox.

The weeks of debate on the subject had come to a head.  People were standing on street corners vocalizing their feelings and had created a petition to stop the vaccinations because there hadn’t been a case of either of these diseases in town.  School teachers were forced to either be vaccinated or loose their jobs.

Not all citizens agreed to sign the petition and Charles called out the Dunkley family in particular.  Doctor John Franklin Noyes was the only physician in town and had the authority and desire to enforce the vaccination rules.  Contrary to his other letters, it is apparent in the strokes on the paper that he was writing with some emotion and not purposely introducing misspellings.

Charles was disappointed with one of his sons who forgot to contact his mother on her birthday.  Frances Gailbraith, their boarder, felt bad because of the death of her cat and the fact that as a school teacher, she was forced to receive a vaccination.

The saga of the right of government against the desire of local citizens continues…..

Your letter duly arrived this morning we were very Glad to hear from you as we are quite anxious about your health Since you had to be vaxinated.  I hope that you will not expose your Self unnecescarey & be sure to Keep yourself well wraped up.

We are pleased to hear that you are having some pleasure out your way, but try not to expose yourself to the cold night air.  We are having an awfull time in our city.  Doc Noyes as ordered all children & teachers turned out of our Schools unless they submit to be 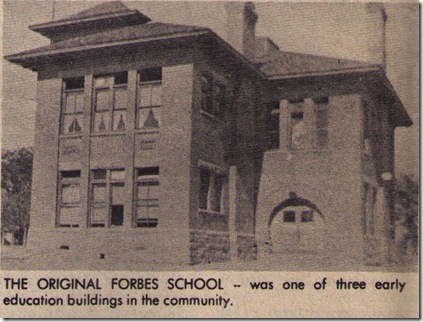 vaxcinated by him.  So Forbes, Galbraith, Mrs. Wooton, Bill Robinson & Miss Neff complied. The rest kept out untill this week & they were notified to comply with the orders or else resine.  So the others submited with the exception of Miss Sumption who has Heart complaint & Cora Bromley would not allow herself to be impared upon by a cursed docter that is swindling the people against their will.

Bishop Bromley is looking after the interests of his daughter & there is talk that they will sue the trustees for her wages on the plea that she is perfectly competent to fill her part of the contract & that she is turned out of her employment without cause.

We had a rousing meeting in the Opera house last Monday night.  We had the law books there & everything read that had any bearing on the power of the health board & there is nothing to sustain them in closeing the Schools where there is no epedemic & we have not a case of Small Pox in our town.  We have got up a pertition to the Legislature asking them not to pass a compulsery vaxination law & nearly all of our people are signing it.  There are some few exceptions.  The poor Sneaks of dunkleys refused to sign the pertition.

We got a letter from Walter yesterday & he sent Mother a five dollar piece for her birthday present.  He is a good fellow to think of his Mother.  Charlie is not so generous

Write again Soon & let us know how your are geting along.  Mother thinks She ought to hear from you by next Sunday.  I don't know of any thing else. Galbraith is still lamenting over the demise of her pussey.  She says it makes her inside pain her & now this vaxination trouble is on, She is pretty nervous.

The people are talking on the Street corners like they do on election times.  If there is an account of our meeting or anything about our doings in our paper we will send it to you.

I will close for this time hoping this will find you quite well.  I am please to say we are well at home.  Annie & Perry were down today they report all O.K. up their way.

I will now say adieu for this time & remain your affect old Father.

You've been awarded the KreativBlogger award!

These letters and the background that you've shared regarding them is a fascinating portion of history that few remember today.

Thanks very much for sharing these stories.

I have nominated you for a KreativBlogger award. I see I am the second who felt you deserve this recognition!